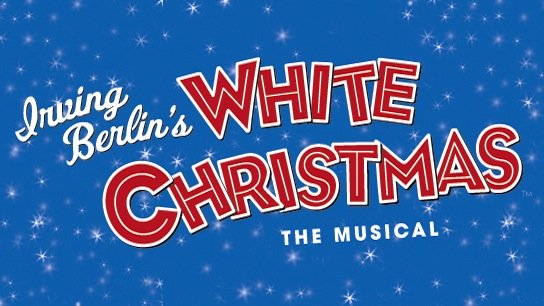 And May All Your Christmases be… Tropical?

Exciting news to share!  I have been offered the role of Betty Haynes in White Christmas at The Wick Theatre in Boca Raton, FL.  The Wick is a brand new Equity theatre, renovating the old Caldwell Theatre, into a truly remarkable space.  With a Costume Museum, featuring the largest collection of Broadway costumes in the US, a luncheon tavern featuring the chandelier and table settings from the famed Tavern on the Green, and a full bar & piano lounge in the lobby, The Wick is going to be the place to be in Boca!  Visit www.thewick.org to read more about it!

Some of you may know that in addition to being one of my favorite movies of all time, White Christmas is a show I have done twice before.  But both of the other times, I played Judy, the younger Haynes sister.  I guess I’ve grown up.  I’m excited for the new challenges of playing Betty, the Rosemary Clooney role of the film.  Betty gets all the best music to sing, so that will be lots of fun!  It will also be a fun time memorizing all the other lines in all of Betty and Judy’s scenes!  Ha.  Plus, I have some big shoes to fill, since the first time I did the show was with my own sister, Karla, as Betty, and then again with the beautiful Amanda Johnson, a friend of Karla’s from school at Shenandoah University.  Both ladies have voices to die for– so I have my work cut out for me, just to live up to the memories in my head!  I’m happy to have the challenge!

I won’t start for two months yet, so I am still auditioning and looking for other things to do with my time here until late October.  But I am truly thankful to have been accepted into the Florida Theatre circles so soon.  In a fun coincidence, back in 2007 when I took my Equity card, I told myself I was prepared to spend a year without a theatre job, as I was going from sizable non-eq fish to a teeny-tiny union fish in an epic, vast ocean.  I finished the gig that got me my card in July, and by November of that year, I had booked by first new Equity contract– White Christmas at Virginia Music Theatre.  I have always been grateful for that opportunity– sort of a reaffirmation that I made a good decision in taking my card.  Here, after making such a career jump from NYC to Miami (in July, no less!) I am equally thankful for this show getting me involved, once again.  I guess it’s my gateway show.

(Side note– technically, I did do another contract between taking my AEA card and that Virginia Music Theatre job, a pre-existing non-eq contract that I had written permission from the union to partake in.  That show??  You guessed it…)

And may all your Christmases be white!