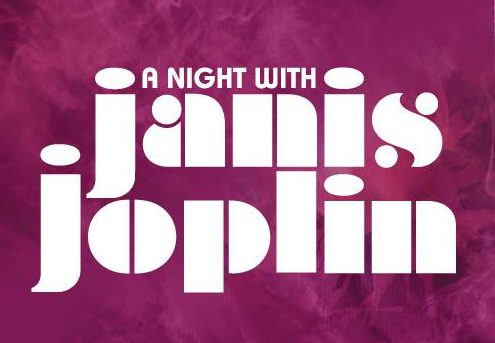 Take Another Little Piece of My Heart

You know, I didn’t expect to.  It didn’t even cross my mind while I was speaking with Ellen Rusconi, the producing director of SDCF, the Stage Directors and Choreographers Foundation.  But as soon as I hung up the phone, and went to dial my favorite people, I totally burst into tears.  I mean, it’s not every day Broadway calls you.  But today, that fickle, moody broad, she called me.

Ok, well, Ellen Rusconi did, to tell me I had been selected by Patricia Wilcox as the recipient of her Choreography Observership on the new production of A Night with Janis Joplin.  Meaning, in whatever capacity she needs me, I’ll be there every step of the way from production meetings, to rehearsals, to previews, and opening night.  My first ever opening night, with MY name in a Broadway Playbill.  And I mean, in SMALL print, on a back page, probably listed long after the company who printed the playbill itself.  But it gets to be there.  And I get to pick up every neglected copy off the floor of the Lyceum Theatre, and take them home to Mamma.  And Abby, she loves that shit.

Interviewing with Ms. Wilcox, we discussed possible duties of mine throughout the rehearsal process.  Time will tell exactly how the process shapes out.  A Night with Janis Joplin has played at several regional houses this past year, on its journey to Broadway, including Arena Stage in DC.  Some of the original team, including director and writer, Randy Johnson, and Mary Bridget Davies as Janis herself, are continuing with the show to New York.  Patricia Wilcox is new to the team, so she and I will be both be finding our place within the process simultaneously.  There will certainly be some days where my position is merely to sit and take it all in.  But that is fine by me, as I know I have so much to learn about the commercial NY Theatre world.  I trust from my dialogue with Ms. Wilcox, that it will be an enriching experience for me, and hell, she promised me I will never be getting her coffee!  In my opinion, my job is to anticipate her needs before she knows it.  So some days… I may just sneak a cup of coffee into her hand!

But wait… didn’t Kelly move to Miami 2.5 months ago?  How long does she get to prepare to return to NYC?  Um… 4 days!  Rehearsals start Monday.  So I’ve booked my flight, called in a couch favor from one of my best gals, and started packing for 7 weeks back in the Big Apple!  The perks of this are exponential, including, but not limited to, root touch-ups back at Redken, rock shrimp tempura at Haru, seeing Karla sing in a cabaret, one more 2013 trip to CitiField…. It has surprised me, however, sitting here in my awesome Miami living room, how sad I also am today, to be leaving here for so long, just as I was building up some steam in my new town.  But as that smart fella I’m here with said last night at dinner, while discussing the possibility of my getting this offer– there’s no debate.  When Broadway calls, you answer.  And then, even if it never happens again, even if you’re some very small cog in the big machine, you were there.   Aw shit.  I might cry again.